Our project was launched at the end of 2008 by the students Széchenyi István University. Two Department of Audi Hungaria contributed to the launch: the Department of Internal Combustion Engines and the Engine Development Department. The SZEngine Engine Development Team is closely associated with a special and unique racing series. Formula Student is a worldwide racing series where university teams design and build a single-seater racing car to perform on various static and dynamic race events. The teams can choose between electric or internal combustion sources. The entire car must be designed accordingly based on their choice. The major disadvantage of the internal combustion engines available on the market is the unsuitability for the competition regulations so they become usable only after making significant modification. However, our team develops a special and innovative engine optimized especially for the strict rules of the racing series. That’s the reason of our connection to the Formula Student in a unique way. The focus of the team’s developments is the single-cylinder internal combustion engine concept, because this design has the best power-to-weight ratio and the most favorable fuel consuption.

The students represent innovation and the unbridled desire to create. (…) The members of the team were recruited from students who want to do more and do something differently than their peers. 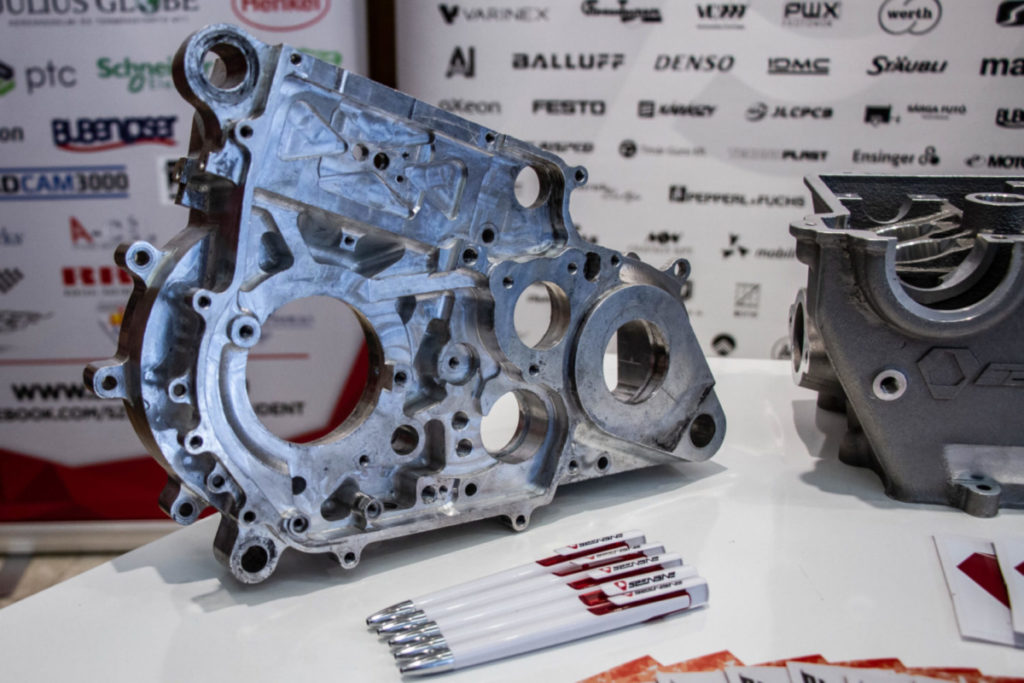 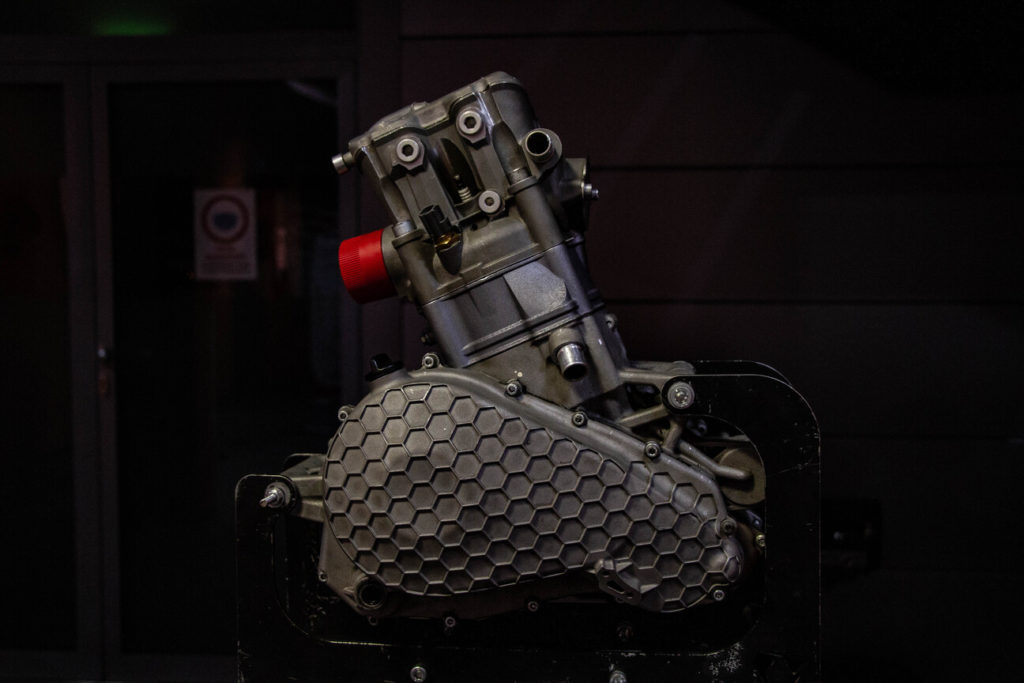 Our goal is to develop, manufacture and provide an engine optimized for the Formula Student race series for several teams. At the same time, our ongoing goal is to provide practice-oriented training for engineers, economists, and law students who, armed with the knowledge acquired here, can gain a huge advantage in the world of work. 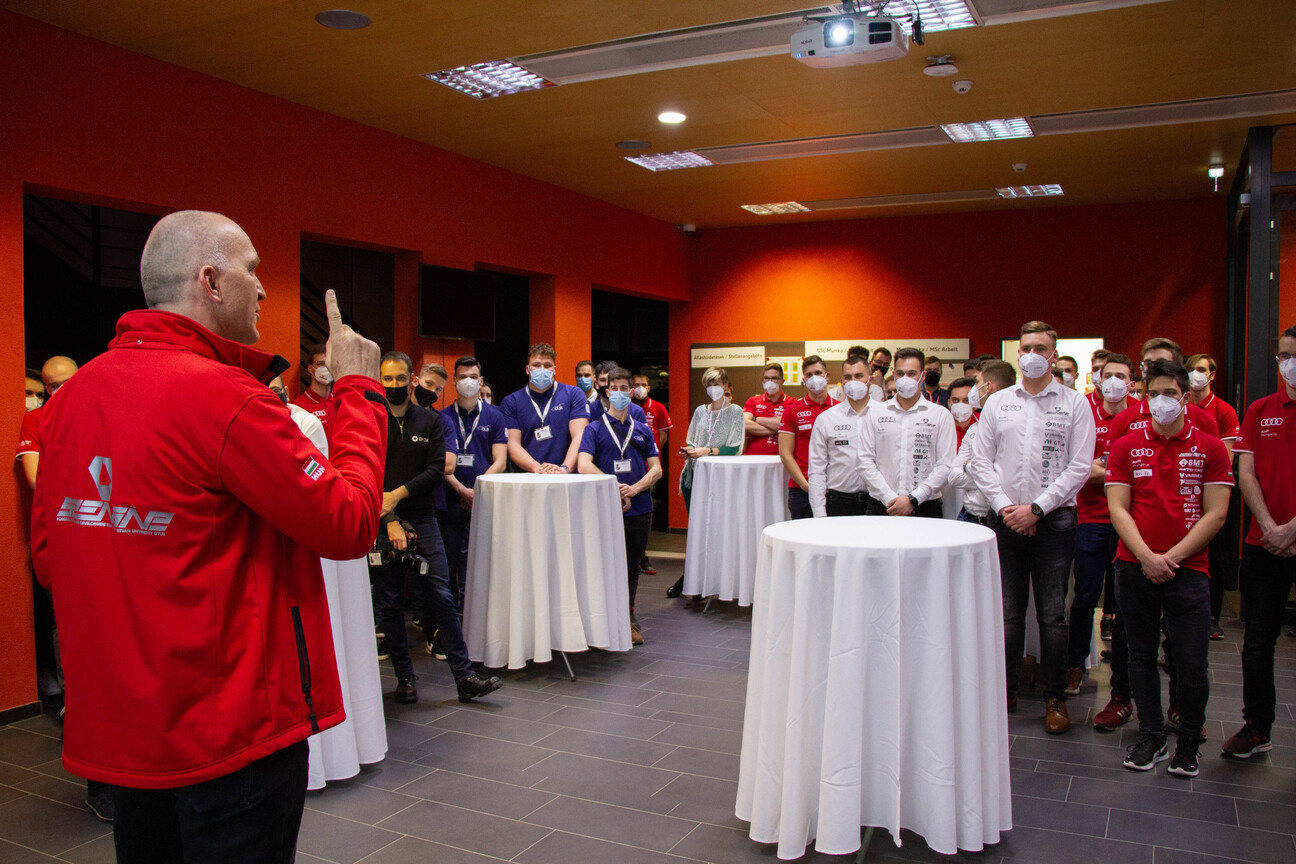 The first big milestone in the life of the team was the motor show in November 2012, for which we assembled our first generation, unique, single-cylinder motor, the EVO1. Later, we managed to go one step higher, so we presented the EVO2 engine to the general public in November 2013. We managed to design our third generation engine in less than a year. The EVO3 engine presentation was held in December 2014. Compared to previous years, this took place differently, as we reached the level where our newly developed engine could roll in front of the guests in our test car, causing a huge surprise. After the motorcycle presentation, testing continued throughout the spring on roller brakes and asphalt. Using the experience from these tests, the design and then production of the EVO4 began. It was assembled in the fall of 2015, after which tests began on our self-developed brake bench. And in December 2015, we also presented it to the general public, where we once again had a surprise for the guests, as we already had measurement results of our newest engine.

Thanks to the cooperation established in 2016, we can participate in the series together with another Formula Student team of Széchenyi István University, the Arrabona Racing Team, so our bikes can be tested even in intense competition. In 2017, we presented the EVO5 generation, which is based on the previous generation, but has undergone serious transformations and changes. The following year, we introduced the EVO6 engine, whose development focus was on thermodynamics. In 2018, we got closer to one of our goals, as in addition to Arrabona Racing Team, we entered into cooperation with BME Motorsport, the newly established internal combustion team of the Technical University of Budapest. Since we provided resources for not one, but two teams for the 2019 racing season, instead of completely new developments, we focused on the further development of the EVO6 construction in order to create a reliable and efficient engine construction, which was codenamed EVO6+. With regard to the two teams, it was necessary to create a composition that would hold its own in both cars.

In 2020, our team chose a completely new base engine, which, thanks to the larger displacement, makes better use of the opportunities provided by the Formula Student regulations. The new generation was introduced in 2021 under the name SZEngine 690. Due to the increased power level of the engines, a complete conversion of our brake pad was essential.